Eight Books I've Read in the Past Five Months

One of the things that motivates me to go to the gym regularly is listening to audiobooks. I pop in my earphones, listen to the next chapter I've been anxiously awaiting, and pretend there aren't a hundred other people there fighting off age, fat, and disease. For most of my life I've read and listened to fiction more than not, but recently I've been into non-fiction--mostly light topics like neuroscience, the history of human civilization, and the nature of reality. Here are the books I've read since June: 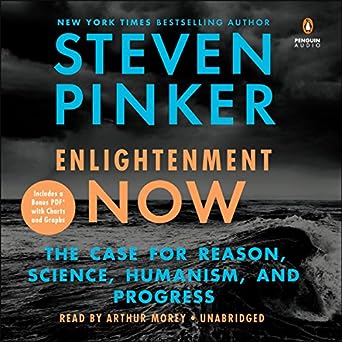 Enlightenment Now: The Case for Reason, Science, Humanism, and Progress by Steven Pinker is one of the most eye-opening books I've read in... ever. Pinker uses data to illustrate the many ways human civilization has improved over the course of history, demonstrating that, despite the tendency of conservatives and liberals alike to catastrophize the evils of our day, now really is a better time to be alive than any point in history--by pretty much any measurement. We are safer, we are healthier, we live longer, we are richer, we have less war and violence (yes, really) than our ancestors. If you're not convinced, read the book. 5/5 enlightenments. 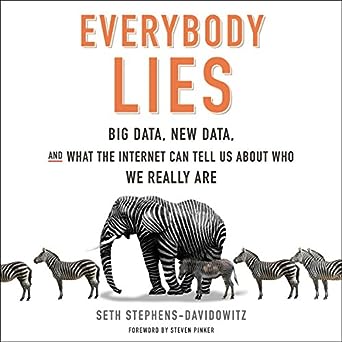 Everybody Lies: Big Data, New Data, and What the Internet Can Tell Us About Who We Really Are by Seth Stephens-Davidowitz is a fascinating look at how the abundance of data made available by the internet reveals more about human nature than we could ever hope to understand before. How racist are we, really? What are our secret hopes, fears, and desires? We tell Google things we wouldn't even tell our therapist, and looking at that data in aggregate tells us much about the human race. 4.5/5 lies. 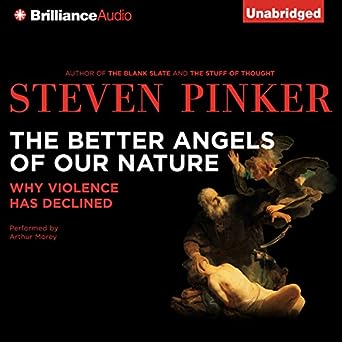 The Better Angels of Our Nature: Why Violence Has Declined by Steven Pinker is a precursor to Enlightenment Now, covering similar themes but focusing specifically on the history of violence. I love his data-driven approach to understanding history and the rational optimism that comes from seeing the general trajectory of our species toward decreasing violence as we increase our circle of empathy. That said, he gets into a lot of detail and there were parts where I was like, "Okay, I get the point already, can we move on to the next one?" Still, I give it 4/5 angels. 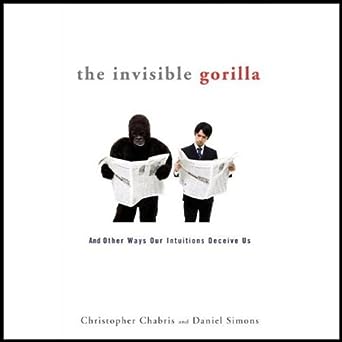 The Invisible Gorilla: And Other Ways Our Intuitions Deceive Us by Christopher Chabris and Daniel Simons is all about the ways our brains trick us into thinking we know things we don't. The authors elaborate on their findings from the attention study that came out of this well-known video (watch it and follow the instructions if you haven't seen it before), then they go on to describe other types of illusions our brains create without us realizing it. I found the section on how memory works (and how it doesn't work) especially fascinating. 4.5/5 gorillas. 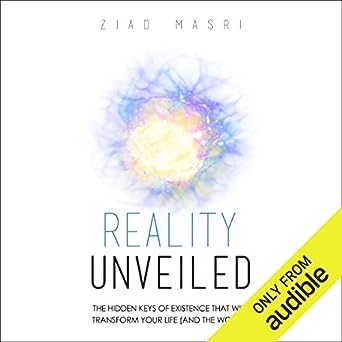 Reality Unveiled: The Hidden Keys of Existence That Will Transform Your Life (and the World) by Ziad Masri is... an interesting book. I got it because the title intrigued me (I'm a sucker for grand theories of everything even though I've yet to find one I fully believe), the description promised an evidence-based approach, and it only cost a couple of bucks. The book starts out reasonably enough, looking at recent findings in physics that suggest reality as we know it is actually some kind of hologram (I've read this in enough trusted sources to know it's a legitimate theory), but then he dives into some really crazy stuff about aliens and reincarnation and a complex quasi-theological hierarchy of planes of existence. I appreciate that he starts the book by suggesting that even if you don't buy everything he says, to at least consider the parts that make sense to you. I also like that he introduces each new claim with some evidence to support it, but the problem is that he is not an expert in any of the fields he's talking about, so this is a matter of a layperson reading a few random studies with odd findings, then jumping to some pretty wild conclusions as if they were irrefutable facts. 2/5 realities. 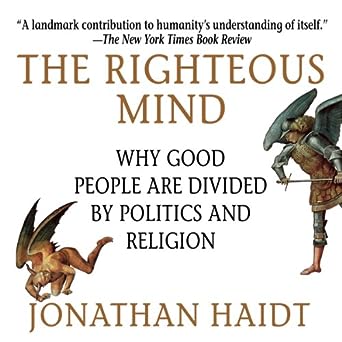 The Righteous Mind: Why Good People Are Divided by Politics and Religion by Jonathan Haidt should be required reading for anyone who engages in any topics more serious than cat memes or dinner photos on social media. Haidt combines history, anthropology, and psychology to delve into the origins of moral intuition--our seemingly innate sense of right and wrong that seems so blindingly obvious to us but so obviously wrong to those with a different moral intuition. He refutes claims that human beings are naturally selfish or selfless, proposing instead that, for better or worse, we are groupish. Reading this book made me step back and reconsider some of my own assumptions about religion and politics, as well as those of people around me. 4.5/5 righteous minds. 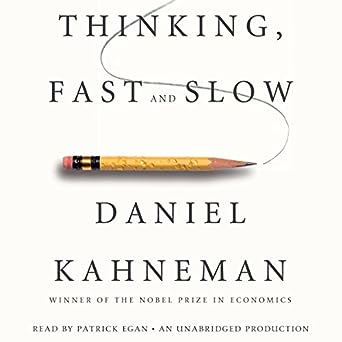 Thinking, Fast and Slow by Daniel Kahnemann is about the different ways our brains process information, whether we're trying to decide which stock is a safer bet or assessing how happy we are with our lives. He proposes a model of two systems, one that does all the quick thinking we need to keep us alive--identifying threats, drawing conclusions from readily available information, evaluating people and experiences--and another system that kicks in when we need to do slower, more complicated thinking--solving complex problems, identifying the need to gather more data, questioning the assumptions made by the first system. The book gave me a lot to think about and I learned a lot about how my own brain works, but I didn't find Kahnemann's writing style as engaging as some of the other authors mentioned above. 3.5/5 thinks.

The Tao of Pooh by Benjamin Hoff is an old favorite of mine. I read it in high school and fell in love with Hoff's lighthearted use of Winnie the Pooh characters to explore the basic tenets of Taoism. His description of the Taoist way, cheerfully accepting reality as it is, has strongly influenced my own moral philosophy and approach to life. After seeing Christopher Robin this summer, I decided to read Tao of Pooh again (I actually read the print version of this one). I enjoyed the same things about the book that I'd enjoyed the first time, and it was a great reminder to practice what Hoff calls "the Pooh Way," but I also noticed something I hadn't remembered and didn't like so much: I don't know whether it's just this author's take on Taoism or if this is an intrinsic part of Taoism, but the book has a recurring tone of disdain toward modernity and rationalism. I personally find a lot of value in both, but nevertheless Hoff's version of Taoism speaks to me in many other ways. 4/5 poohs.
Posted by B.G. Christensen at 7:52 PM No comments: