Nothing but a Flashlight and a Map

Hey! Hello there! I'm Ben. I just got here. Well, relatively speaking. I mean, I've been here about thirty-eight years, as far as I remember. I don't remember anything before here, just that I was suddenly here and it was dark and cold and scary and I really didn't know what this "here" place was or why I was here or what I was supposed to be doing here. I still don't, to be honest, but I had a flashlight and some nice people gave me a map, so I've been exploring. The map looked really old and it looked like a lot of people had been adding to it over the years--some features had been added in different colored inks, some features had been scratched out or erased, and there were several notes written all over the map in different handwriting. I've been using the map to help me explore this place and don't get me wrong, it's better than not having a map, but this thing is not accurate. Like, one time I was following a trail to where the map said there was a big treasure chest full of gold and silver and diamonds, but all I found when I got there was a big pile of manure. I added a note to the map so I'd remember not to go that way again. The map did help me avoid that big pit over there, so like I said it's not worthless, but I get the impression that the people who made the map were just like me, wandering around in this massive, dark place with nothing but a flashlight, and maybe an old map someone gave them. I don't think they were giving me bad information on purpose--at least not most of them--but you try mapping a place this big when all you have is a flashlight. 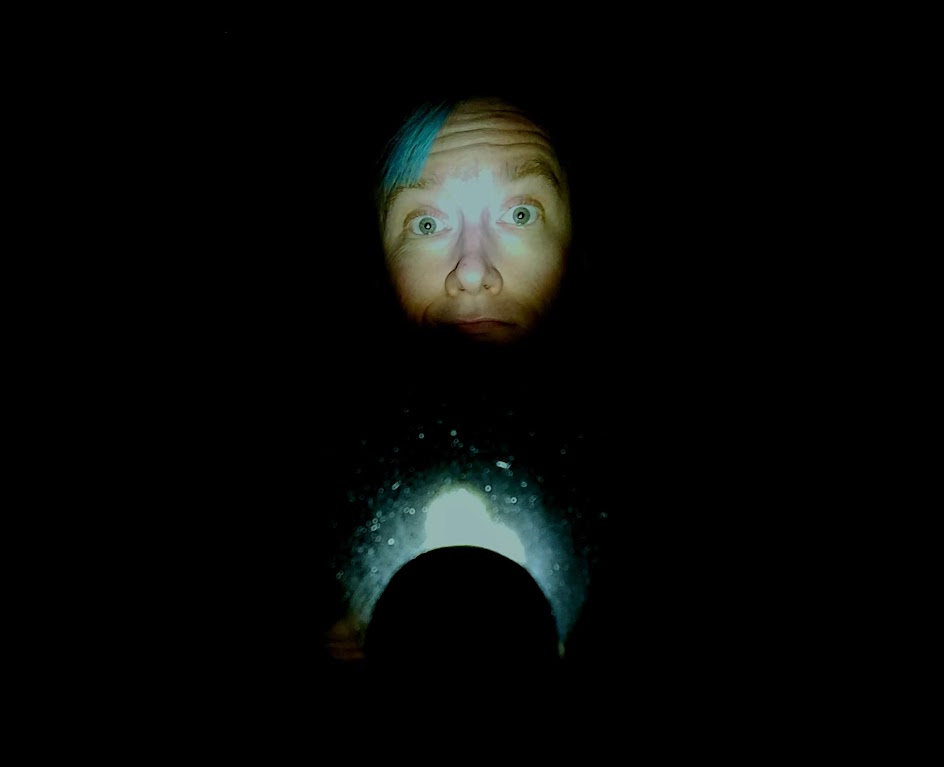 Oh, you are trying? Hey, I have an idea: What if we work together? You keep wandering, shining your flashlight wherever you go, and making notes on your map. I'll do the same, and next time we run into each other we can compare notes. I can see you're hesitant. I get it. I'm sure there were things on the map they gave you that led you astray, and you don't want to make that mistake again--putting too much trust in another wanderer who, after all, is just another guy with a flashlight. Maybe I see something that looks like a monster, but actually it's just a shadow. Maybe I find the perfect chair to sit down and take a break, but the chair is too hard or too soft for you. Believe me, I understand. So how about this? Let's agree up front that each of us gets to decide what we add to our own map. Like maybe when you share your notes with me, I'll pencil them in on my map, but only if they make sense based on what I've seen for myself. I'll let you know if I find something that contradicts one of your notes, and I hope you'll do the same for me, but let's agree right now that this isn't about proving one of us is right and the other is wrong; it's about working together, sharing our resources to figure this place out.

Hey, isn't that much better? This information-sharing thing you and I have going is really working out, and I feel like my understanding of this place is exponentially better thanks to the combined benefit of two flashlights, two maps, and two explorers. Which has me thinking… As I've been wandering around, I saw a lot of other flashlights out there. Like, way more than just you and me. Enough that it's hard to go anywhere without bumping into someone. What say we invite others to join our little exploration party? Same agreement--each of us does our own thing, finds what we can find with our own flashlights and our own maps, and reports back. That’s got to improve each of our chances of creating a map that approximates the real thing, right? Okay, let's give this a shot.

Hey guys. Sorry to yell at you. I don't mean to be a jerk. That's really not how I wanted this to go. I'm sorry, guys. This wasn't the deal. Remember we were all in this together? We were just trying to figure this place out? I feel like we've gotten off track. And, I've got to be honest, I'm just as guilty as any of us are. I got caught up in what I had on my map and I so strongly disagreed with what you folks over there were putting on your maps and when I realized things weren't going as I intended and people were getting hurt I kind of panicked and then everyone was yelling and I felt like no one was listening to me so I yelled louder and--

Well, here we are. I'm sorry if I was a jerk to you. I will try to do better. Please let me know if I screw up again.

So where do we go from here? The way I see it, we have three options:

What do you say? Am I being unreasonable? How about this? I'm not going to put a gun to your head and make you agree to these rules. That would kind of go against the spirit of the whole thing, don't you think? Instead, I'll just do my part: I'll keep searching through this place, sharing my observations with anyone who's interested, and I'll listen to anyone who wants to share their observations with me. I'll do my best to be kind, and not to hurt anyone. I think this is the best way to figure this place out, but the whole point is that we all have different opinions, so I'll do me and you do you. And if you want to join my little party, you are more than welcome, so long as you play nice with the rest of us. Happy exploring!
Posted by B.G. Christensen at 11:31 AM